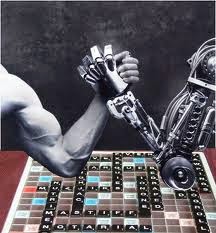 Even Easier to Use!

One of the guiding principles at PaperRater is to make things simple and painless to use.  No signups, no logins, no payments, no three minute wait for results...  We fancied ourselves rather satisfactory in this regard.  That is, until you told us otherwise.  We were shocked to discover that you do not like squinting at images and typing in crooked letters.  And we were at least a small bit saddened when we heard that you do not share our joy in deciphering blurry house numbers.  So, it is with mixed emotions (and sarcasm) that we officially announce the end of reCAPTCHA for most users of our automated proofreading and plagiarism detection tools.

What exactly does this mean?
A week ago, all users of our site were confronted with the dreaded reCAPTCHA before submitting text into our automated proofreader or our plagiarism checker.  As of today, it has been removed from these tools.  However...this does not mean that CAPTCHA is completely gone:

Why was reCAPTCHA used in the first place?
CAPTCHAs are used to identify a visitor as a human, rather than a bot.  Bots represent a definite problem for our site because 1) we are free, and 2) our services require a lot of computing power.  In other words, bots cost us more money than they do most sites.  Nevertheless, we have plans to defeat the bots w/o forcing most human visitors to enter a CAPTCHA.

Other news in usability
Perhaps not as celebrated as the end of reCAPTCHA...we have also decided to remove the title field.  For most users, we believe this field is unnecessary and just one more obstacle to a quick and painless submission process.

Thanks for reading this far!